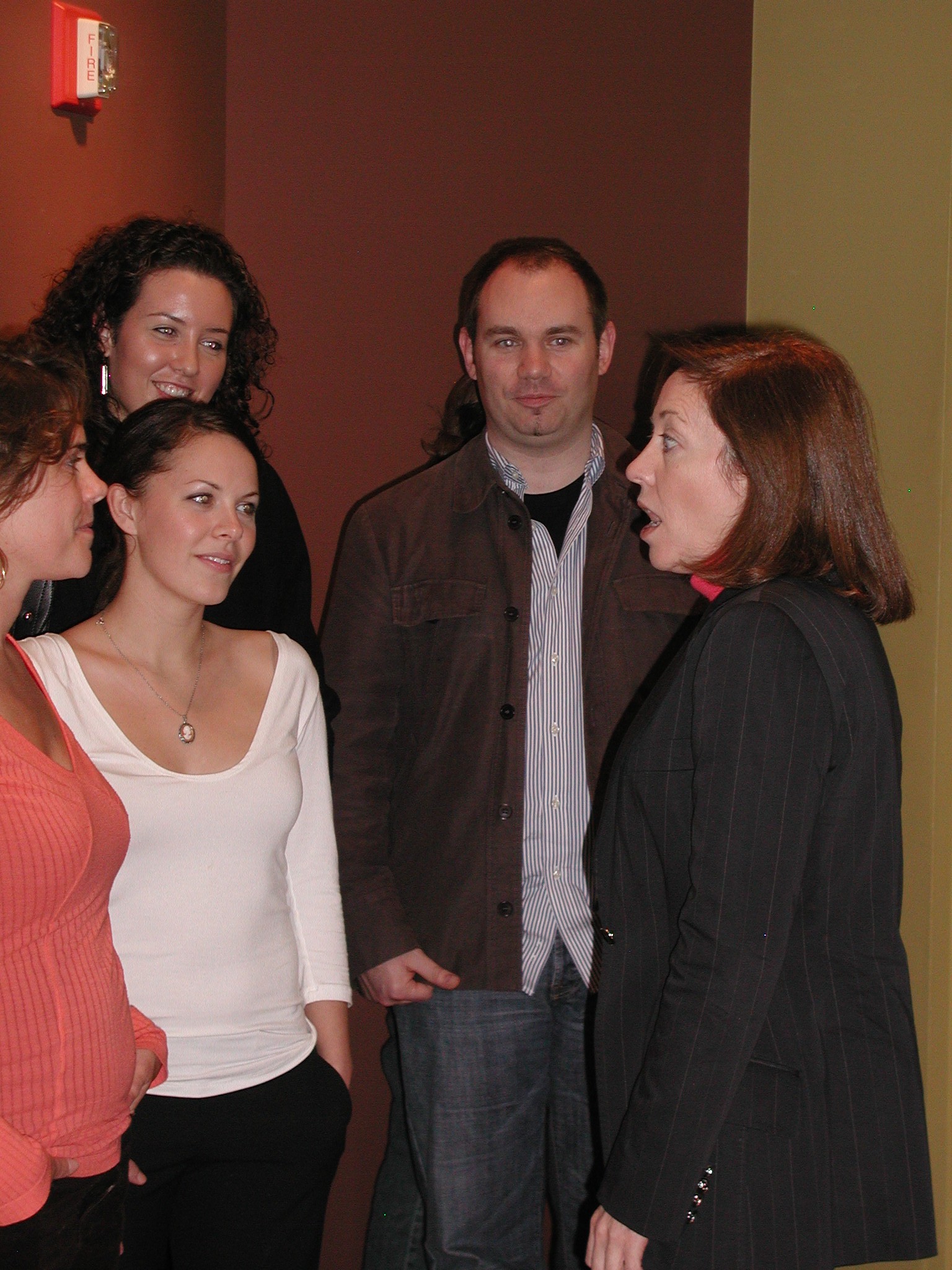 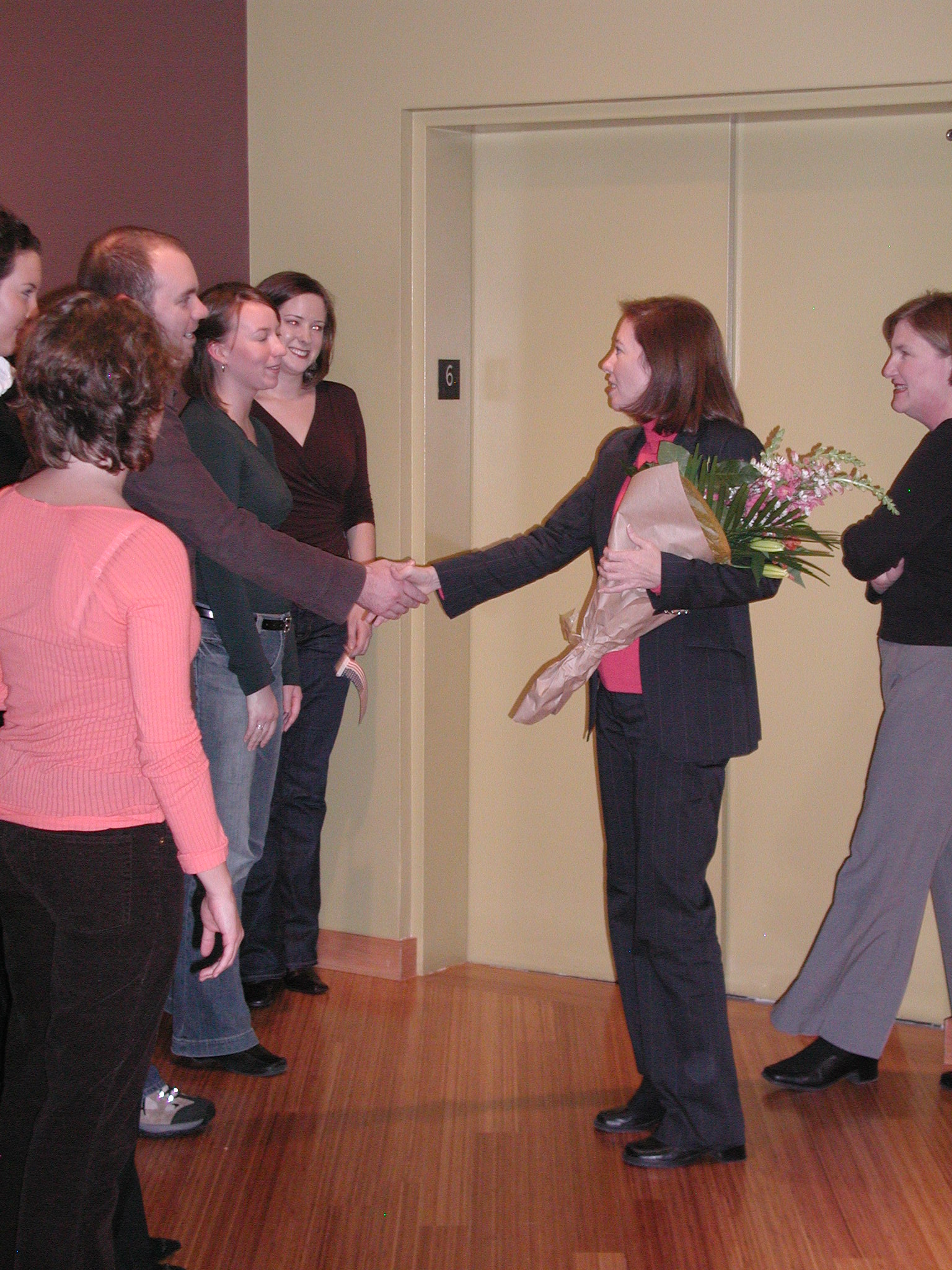 Hello, this is Harriet Miers. I am Deputy Chief of Staff for Policy at the White House, and I am delighted to be here to answer your questions this Friday afternoon.

What follows, at the link above, is a display of Bush apologism that will make any thinking personl retch. Even some of the wingers are unhappy. To the mattresses, friends!

Harvey Danger is making their new album free for download:

In preparing to self-release our new album, we thought long and hard about how best to use the internet. Given our unusual history, and a long-held sense that the practice now being demonized by the music biz as â€œillegalâ€ file sharing can be a friend to the independent musician, we have decided to embrace the indisputable fact of music in the 21st century, put our money where our mouth is, and make our record, Little By Littleâ€¦, available for download via Bittorrent, and at our website. Weâ€™re not streaming, or offering 30-second song samples, or annoying you with digital rights management software; weâ€™re putting up the whole record, for free, forever. Full stop. Please help yourself; if you like it, please share with friends.

I just dowloaded it but haven’t had a chance to listen yet. I will say that, as they are returning from a period of obscurity, it certainly makes more sense to have a heavily downloaded free album than one that sells poorly and ends up in discount bins. If they are staging a comeback, this is a brilliant way to do it. As tech guru Tim O’Reilly recently observed about authors a propos the Google Library controversy, obscurity is a bigger threat that infringement or piracy.

The UK Independent has this cheerful story:

A record loss of sea ice in the Arctic this summer has convinced scientists that the northern hemisphere may have crossed a critical threshold beyond which the climate may never recover. Scientists fear that the Arctic has now entered an irreversible phase of warming which will accelerate the loss of the polar sea ice that has helped to keep the climate stable for thousands of years.

They believe global warming is melting Arctic ice so rapidly that the region is beginning to absorb more heat from the sun, causing the ice to melt still further and so reinforcing a vicious cycle of melting and heating.

The greatest fear is that the Arctic has reached a “tipping point” beyond which nothing can reverse the continual loss of sea ice and with it the massive land glaciers of Greenland, which will raise sea levels dramatically.

Read the whole thing if you can.

Via Digby, Liberal blogger Corrente finds some fucks who are worse than the looters:

It seems to me that the poor should have had the EASIEST time leaving. They don’t need to pay for an extended leave from their home, they could have just packed a few belongings and walked away to start over somewhere else. What did they have to lose?

When the wealthy evacuate, they leave behind nice houses, expensive cars, possibly pets that they treat as members of the family, valuable jewelry, family heirlooms, etc. This makes it emotionally difficult for wealthy people to leave. But by definition, the poor do not have this burden: they either rent their homes, or they are in public housing; their cars are practically junk anyway; and they don’t have any valuable possessions. This is what it means to be poor. These people could just pick up their few belongings, buy a one-way bus ticket to any city and be poor there. Supposing they even had jobs in NO, it’s not like minimum wage jobs are hard to come by.

If I heard those words come out of someone’s mouth, I swear to God they would be picking themselves up off the floor–man or woman.

This Businessweek article confirms what an email from the Pride Foundation told us this morning: Microsoft has learned its lesson and WILL be supporting the non-discrimination bill in Washington next year. I predict we will look back and regard this whole sordid episode as a great victory. The two Democrats who voted against the bill are going down, and we have shown every two-bit bible-thumper that their threats have less impact on corporations than the proven value of gay employees.

Congrats to Paulette and all the other Microsoft employees who, though not gay themselves, spoke out on our behalf. Here’s to Bad Germans!

Piper Sophia was fashionably late in arriving, and Marti was ready, but I’m pretty sure she and Seth have decided it was worth the wait! Mom and baby are both doing well, and Seth sounds positively besotted. 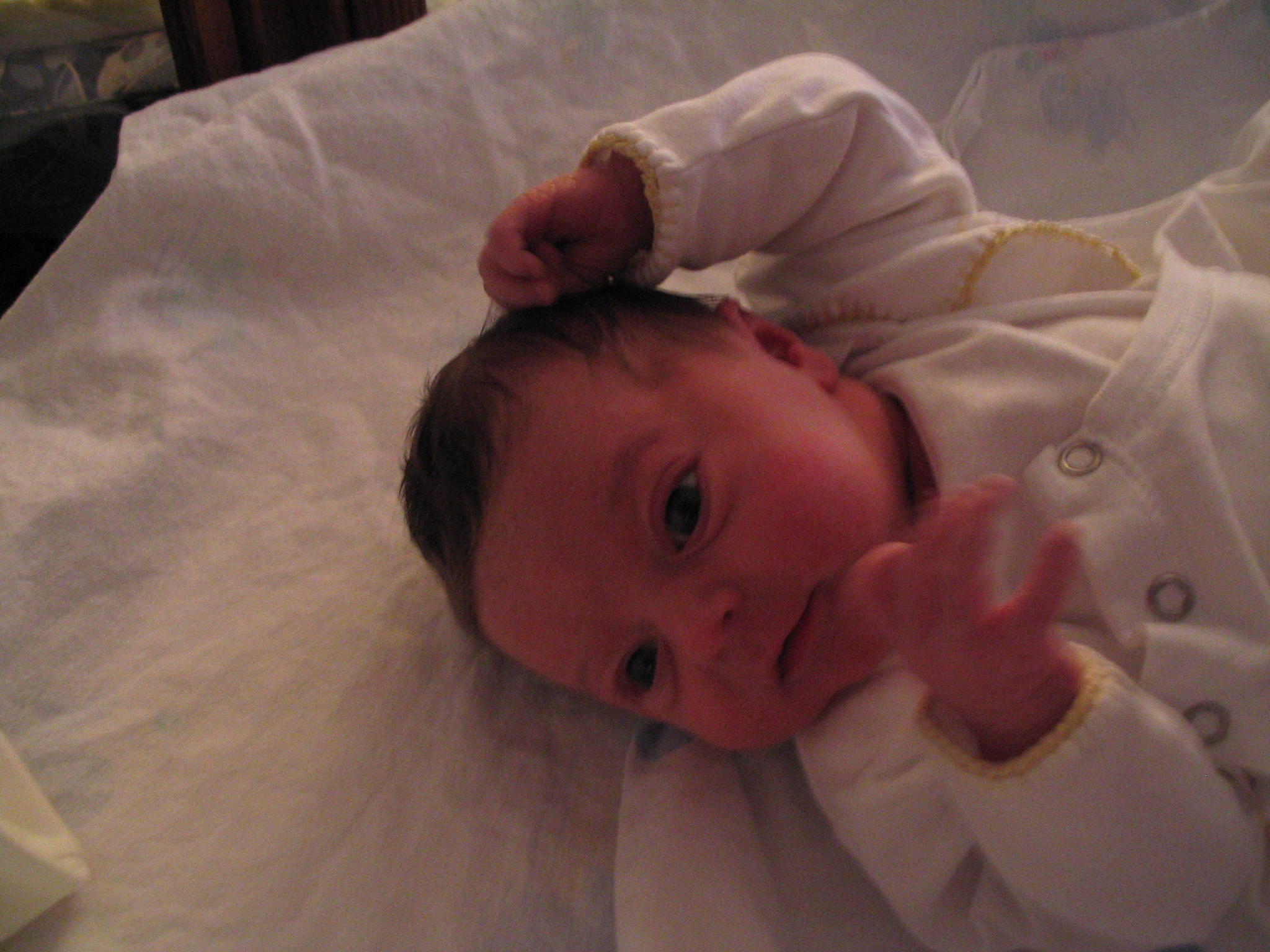 From Seth and Marti’s email:

At long last our little baby has joined us! Piper Sophia Row was born last night at 11:10 pm. She weighed 6 pounds and 14 ounces and was 20 1/4 inches tall. She is angelic. We’re in love. Mom and baby are in great health. We’ve already brought Piper home and she seems to like it here just fine.

Here are some pics. She’s even cuter in person 🙂

Hope you all get to meet her soon.

It would be great if this were the last word on the Schiavo case–and from a Florida paper, no less. Ms. Schiavo, rest in peace.