There’s something really satisifying in reading someone else spout off what you’ve been thinking for the last several days. Lazy, but satisfying. 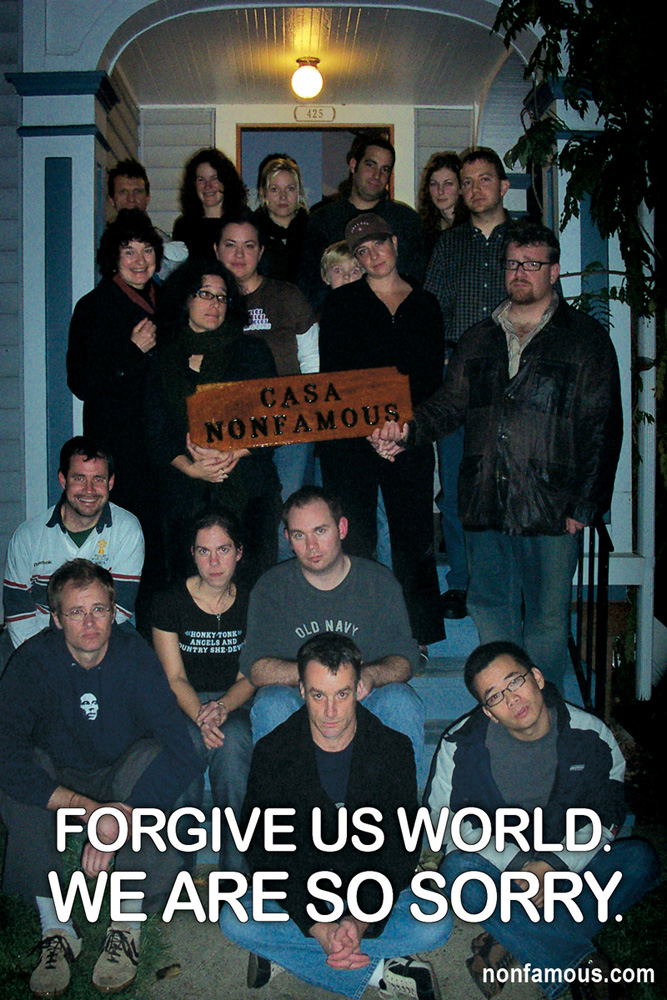 The NYT today ran this Monkey Business. Because only Republicans get forgiveness in American politics.)
END_OF_DOCUMENT_TOKEN_TO_BE_REPLACED

What we need is more color in our lives. The blue to red spectrum map at the bottom of this page makes me feel less lonely.

My friend Jan in Poland, who is braver every day than most of us are called to be our whole lives, is nonetheless worried about us.

His kind words remind me that we should think always of the people around the world–known to us or complete strangers–who look to America (as a nation and as individual Americans) for inspiration. We should be thankful for them, and thankful that even in a dark time the abiding values of freedom and dedication to liberty still shine out in the world. We must not, cannot fail them.

Jan sent me this note, which I happily share:

“I am sending you two poems by Wislawa Szymborska, a Polish 1996 (I guess) Nobel Laureate. They might have bearing on the elections, Bush, humanity, history or whatever. Hope they help in anything.”

Thanks, Jan, from all of us.
END_OF_DOCUMENT_TOKEN_TO_BE_REPLACED

I’m hoping it’s obvious what this is for. If you’re still wondering, check out the Tom Paine quote at right.

Armed with my fearsome HTML prowess, I screwed around with the site template a bit this morning. The silly calendar thing is gone, the Google ad thing is smaller, and I updated the blogroll extensively to include sites David and I read to a lot. This is step one in my campaign to get us linked more broadly by other sites… more on that later. In the mean time, if there are any links you feel I’ve missed egregiously, please let me know and I will add them.

I’m also thinking about adding an “our greatest hits” section with hard links to our favorite posts… to make it easier for new visitors to get to know us. Smith and I have some thoughts, but please let us know what you think those should be.

This WaPo article is required reading. It is important we try to have compassion for these people, who have been thoroughly deceived. They are not the problem. But the part of me that believes, like they do, in “personal responsibility” hopes they realize at some point that you can’t eat “moral values,” and that when your three kids get sick, health insurance is a bit more expedient than prayer alone.

Jay’s posting of that awesome quote by Thomas Paine led me to look up some other words that might provide some comfort (or at least a reminder that the country has been through roughness of this magnitude and greater and survived) and inspiration. I hope some of them serve you well:

“One man with courage is a majority.” –Thomas Jefferson

“The whole of the Bill of Rights is a declaration of the right of the people at large or considered as individuals…It establishes some rights of the individual as unalienable and which consequently, no majority has a right to deprive them of.” –Albert Gallatin of the New York Historical Society, October 7, 1789

“When my country, into which I had just set my foot, was set on fire about my ears, it was time to stir. It was time for every man to stir.” –Thomas Paine, 1788

“The one pervading evil of democracy is the tyranny of the majority, or rather of that party, not always the majority, that succeeds, by force or fraud, in carrying elections.” –Lord Acton, English historian, 1907

“It is the American vice, the democratic disease which expresses its tyranny by reducing everything unique to the level of the herd.” –Henry Miller, American author, 1947

“There is nothing wrong with America that cannot be cured by what is right with America.” –Bill Clinton

“The countries the most famous and the most respected of antiquity are those which distinguished themselves by promoting and patronizing science, and on the contrary those which neglected or discouraged it are universally denominated rude and barbarous. ” –Thomas Paine

“There are two things which cannot be attacked in front: ignorance and narrow-mindedness. They can only be shaken by the simple development of the contrary qualities. They will not bear discussion. ” –Lord Acton

“The power of a movement lies in the fact that it can indeed change the habits of people. This change is not the result of force but of dedication, of moral persuasion.” –Steven Biko

“The government of the United States is not in any sense founded upon the Christian religion. “–John Adams