It’s spring, and it feels so good to be throwing the windows open and letting in the fresh air! Well, fresh until the EPA is dismantled. While we were away, the world changed pretty dramatically. It’s great to have our platform back to air our frustrations and anger, but for today, I’m just going enjoy the fact that our dear nonfamous.com is back.

Also, it’s Jay’s birthday, and that makes me happy. I’ve know this sweet, generous, fascinating character for over 20 years, and I’m so grateful to have him and his wonderful family in my life. I love you, sweetie!

It really is amazing bacon. You’ll be happy if you get some.

In Gabe’s own words…

The bad news: Because of all of the stairwell drama, we have lost our lease and will be for sure out of the building by the end of the month. Lunch Counter is closed. Swinery will be closed, for at least a while (while we look for a new home, which may or may not be in this state).

The Sale: We have about 24 days to make and sell some bacon. I would love to fill your homes and senses with the wonderful smells of our bacon frying. Bacon is $12/# and the same great All Natural, Hormone Free Berkshire Bacon (Noelani’s Favorite). While we are at it, we have some fresh sausages, some bacon burgers, and probably THE BACON EXPLOSION. Sausage is: $8/#, Bacon Burger Patties: $12/#, Bacon Explosions: $20 ea.

Pre Orders Start Now, email me at sales@swinerymeats.com; We will be open 9am-5pm, April 19th – April 24th for pick up.

Please forward this on to EVERYBODY and we have special BACON PIMP shirts for anyone who organizes/buys 50# or more. Also T-Shirts are half price with a purchase of 5# or more. Spread the word. Not a secret anymore. 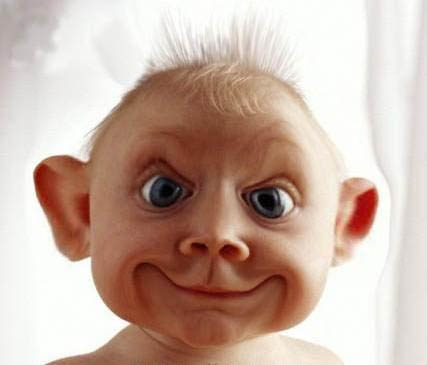 And it sucks. CC was my second home. In the last four years, I’ve spent so much time learning to be a good cook there. I have so many friends because of CC and Gypsy. And it sucks that those are done.

What sucks more are the couple of people who are adding insult to injury here, though, by posting anonymously on the local blogs, nasty things about my friends and an institution they seem to have a grudge against. My guess is that most of them are from one or two people, and I can guess who they are, and they’re trying to make it look like there are a lot of them. Yesterday it was really upsetting me. Today, I realized that they are worthless pieces of shit, and I am not going to worry about them. I’m not going to bother reading the other blogs today, because it doesn’t matter what they say. Assholes are assholes, and you can only get so much out of calling them out on what they are.

One of them decided to come find me on this blog, today, and posted some random thing about me threatening him (uh, right, here’s what I posted about him:

anonymous trolls who post nasty and unsubstantiated attacks on people are probably the worst thing about the blogosphere.

CC was a great home for many of us. You apparently never bothered to become a part of that, which is certainly not our loss. But gloating over someone else’s misfortune is reprehensible.

Sound threatening? It made me realize that this person is just unhinged and out of touch with reality.

Anyway, this blog is my home, and anonymous and nasty comments will be deleted. I don’t have the stomach for these jerks that Jonathan Kauffman and Rebekeh Denn apparently do.

Said crazy apparently is reading my facebook posts and thinks that i am threatening him and have a vendetta against him, even though I’ve no idea who he is. Oh the wackjobs online.

I was spared. Today. Who knows about tomorrow. But for the moment, I still have a job.

Today, the Seattle PI covered the story of a woman who lost her job at Microsoft. She is not a millionaire, nor is she much different than the rest of us, though of course she has her own circumstances that none of us who are not in her position can understand. It was a human interest story, attemtping to bring a face to what was happening. Those of us watching coworkers and friends lose their jobs felt the immediacy of her story. Cathy’s story was supposed to help others empathize. She expressed hope at her prospects of finding fulfilling new work. But the response by PI readers was to ridicule her hope, excoriate those of who worry about what will happen to us if we lose our jobs, make fun of people who don’t know what to do next, and generally add to the misery of what was otherwise a miserable crap-ass motherfucker of a sonofabitch day.

I know this is a handful of people making these comments on the PI blog, and an unfortunate face of the Web’s ability to allow every Tom, Dick and Asshole to make his opinion broadcast news. I know, too, that these are just a handful of petty little people who have no idea that other people suffer, too; but their words really added to the terror of this day. People who lose their jobs because of the economy, people who have to worry about paying for mortgages and food for their families and their futures are not spoiled brats for being upset about what’s going on. People who do lose their jobs and try to express hope and put on a brave public face do not need ridicule for trying to maintain a sense of dignity.

Today was a bad day. Those who enjoyed laughing at us for it shoud be ashamed of themselves.

Ok, maybe not that new, but, Iâ€™m quite happily gorged on tamales made by some folks who arenâ€™t necessarily entirely documented, so…

Iâ€™m going to say that America is better place with taco trucks, run by Mexicans, intending to feed Mexican tastes. Whereas places like Chili’s and Azteca are a cancer on the American sense of taste (and barely qualify as food), itâ€™s rather difficult to find a bad taco truck. And since Mexican food is clearly thousands of times better than any homegrown â€œAmerican foodâ€, America will be a better place to live with more people from Mexico here to feed us and teach us how to cook properly.

And true, it goes for most Latin American cultures. Papusas, arepas, ceviche, empandas, tamalesâ€¦Weâ€™re better off with more, more, more influence from Latin America on our cuisine. And what is more important and vital to survival, community, and happiness than good food? I hereby call for an exemption for immigrants who can cook and save us from â€œAmerican foodâ€ to better the country.

Ok, I admit, part of it is that I have only experienced â€œAmerican meatloafâ€ and Kraft macaroni and cheese since meeting my husband, and Iâ€™m frankly nonplussed by what my mother called â€œwhite people foodâ€ when I was growing up (sheâ€™s Sicilian). Part of it is that what Iâ€™ve experienced of â€œAmericanâ€ food is bland and uninteresting and leaves most of any given animal as waste. Part of it is that a particular taco truck in NJ that makes transcendant sopes worth spending the money on the croos-country ticket home. But a lot of it is that, well, once you get some good cabeza or lengua tacos at a local taco truck, itâ€™s hard to imagine why anyone would ever eat a KFC original recipe breast. Or, for that matter a really good mole pablano enchilada makes a corn dog seem like a sacrilege.

More Mexicans in the US equals better food for America.

P.S. Oh, and I’ve involved myself in a weirdand frustrating debate with some Microsofty who thinks that “Daddy’s Roommate” will undermine all the good in America. I’m feeling disillusioned. I thought Microsoft only hired people with “Intellectual Horsepower” not idiotic homophobia. Really, they hire people that stupid? That completely and unabashedly bigoted? I thought Microsoft had standards! So disheartening. Remind me that there are good people out here who care more about the basis of the constitution than trying to create a fundamentalist christian theocracy. Please. I’ll sleep better. And remind me that people who think that way are a minority, and won’t destroy what this country stands for.

And give me reason to believe that Sarah Palin isn’t trying to be this century’s George Wallace, despite all evidence to the contrary.

Oh and P.P.S–In addition to donating to Obama’s campaign, remember to contribute to the no on Prop 8 in California. And if you’re a California voter, god, if she exists, will likely smile on you for voting no.