When I was in college, I tried various methods for waking up in the morning. I found that having the alarm clock next to the bed made it too easy to turn off and go back to sleep. Putting the clock on my desk at the foot of my bed still allowed an easy return to horizontal and, thus, slumber. During a couple of times that I didn’t have a roommate in the second bedroom of my apartment, I put the alarm clock in the bathroom so that I’d need to stand upright and navigate a couple of doorways to make the noise stop.

Even that location had some routine to it that, after a while, I’d probably have been able to do half-asleep with more practice. Technology has an answer: Clocky.

Clocky is an alarm clock that wheels itself away from you and your reach. Alledgedly, it will find different locations each morning. I canÂ imagine after too much drinking and not enough sleep wanting to silence the noisy rodent with a firearm.

I just saw a news wire story about Zawahri calling Bush a lying failure, and it made me think that it could not get much more obvious that military presence and action by the U.S. is exactly what al-Quaeda wants. I mean, they surely know their principal opponent by now, if there was ever any uncertainty at all. This comment will add a nice dampening affect to any intellectual analysis that might be creeping in.

And then I remembered the video for “When Two Tribes Go to War“, which might suggest a solution. Instead of a wrestling match, though, we could send Bush II, Rumsfeld, Cheney, et al, down to Tombstone Iraq to tell al-Quaeda to get out, and then wait for the gunfight to end.

OnÂ Day to Day this afternoon, they talked to an 18-year-old high school student who had recently enlisted in the Army, because she wants to be a doctor. The possibility of death in Iraq? No, she doesn’t know â€” and doesn’t want to know â€” how many Americans have died there; it really doesn’t matter, because she’sÂ “a strong believerÂ in God”, and if it’s a person’s “time to go”, well, there’s nothing to be done about it. Her initial plan with her recruiter doesn’t have her slated for shipping out, but it might not be long until she joins many like-minded individuals in the desert in a philosophy that unites people across lines of conflict.

Biden was on To the Point this morning, calling for a three-state, federalism solution for Iraq (Kurds, Sunnis, Shiites), which is what I’ve thought should happen for a while nowÂ â€” not that I’m anything like an authority, but I’d much rather see my tax dollars going to try this strategy than our current one, whatever it is.

Where can you have some drinks, hear Derek Mazzone spin, and support the best candidate to represent the 43rd district of Washington State? At the High Dive tomorrow at 6 PM. Finish off your work day with some fun and get home early enough to get up early the next day (if you must).

I’ve been having terrible back trouble lately, and I’d probably choose to let my retirement from society continue a bit longer, but I’m focusing all available energy on being at this event. As we get closer to election day, making our support for Stephanie public is extremely important.

This post provides nothing more than connection of a couple of dots in today’s news:

I wish Seattle had the same percentage of roads with bike lanes as Eugene, OregonÂ â€” which seems to have them on just about every piece of pavementÂ â€” though being as level as Eugene would probably do more for human-powered locomotion. 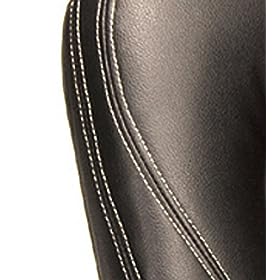 NASA needs you to look for significant dust.

Now that NASA’s Stardust space craft has returned safely to Earth with its treasure — cometary and instellar particles — scientists hope these particles will provide them with clues about the nature of the universe from a long, long… long time ago. Say, 4 billion years? Around the time the universe was apparently created.

These particles (and maybe some other stuff, I wonder) were caught in aerogel, a porous material that is mostly air. The interesting particles are believed to be approximately a tenth the diameter of a human hair and located somewhere in the 10×10-centimeter slab of aerogel. Searching for the interesting bits is apparently going to be like “searching for 45 ants in an entire football field, one 5-cm by 5-cm (2-inch by 2-inch) square at a time.”

Your mission —should they choose to accept you — is to download graphic representations, called focus movies, of the aerogel and examine them for particles.

You can learn more about the haystack and the exceptionally exotic needles on [email protected], where you can also apply now for the search that will begin in mid-February. (The long-running search for significant radio signals from space, [email protected], provided inspiration for this new search for particles, but this work requires active humanoid participation.) The project is predicted to complete in October.

After adding Rick Steves’s weekly travel show as a podcast to iTunes a few weeks ago, I finally got around to adding a few more podcasts and noticing that the iTunes store has a directory of podcasts. I clicked “Comedy” on the top-level iTunes page for podcasts where I find the president’s weekly radio address (which is also listed in “News & Politics”).

I haven’t added it. I feel like maybe I should, but his now familiar and unvarying delivery of anti-information is one of the many thing I look forward to not hearing after 2008.

I heard about this on Wait, Wait… Don’t Tell Me this morning, on which they wondered if this toy was meant to teach children that it’s fun to search each other (second only to playing doctor).

Here in the offices of the new Xbox, we were pretty interested to hear about a camp at this year’s Burning Man that I totally missed: Dance Dance Immolation. (Actually, I’m not sure if that was the name of the camp; the artists are Interpretive Arson.)

The idea— if I have this right— is that there are two contestants simultaneously dancing (as I guess you can have in Dance Dance Revolution, if you have two dance pads) in flame-resistant clothing who compete against each other in the game. Behind them, judges control flame jets aimed at the contestants, who get blasted when they miss too many steps. Based on the few minutes that I’ve played DDR at home on my Xbox, I suspect that I would’ve been nicely roasted by the end of a session at Dance Dance Immolation.

Here’s the descriptive film that helped earn Interpretive Arson a $1000 grant from BORG2 to make the project reality.